Home » What Is The Structure and Examples of Public Service Advertisement?

Public service advertisement is a type of marketing that is circulated in the market without any cost and is for the public welfare. These are designed and broadcast for the societal improvements and for the collective wellbeing of the community as a whole. 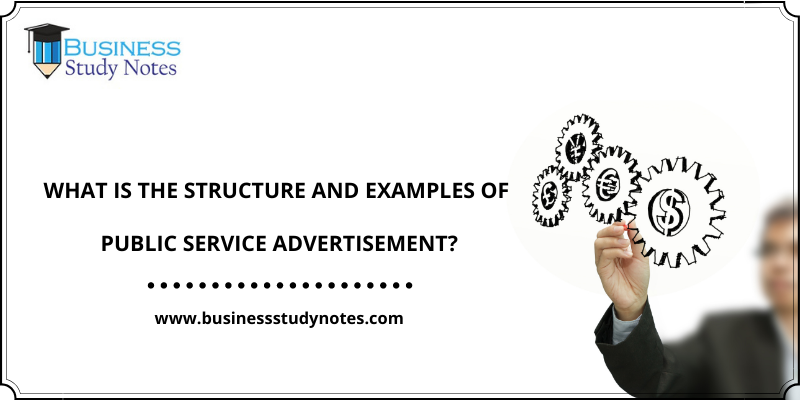 Also, these are broadcast by the mass media to let the general public know and inform about social matters. Along with the attraction the public service advertisement always has some specific purpose behind its agenda.  Public service advertisement evolved after the First World War and instead of making money, it is for covering some specific agenda and to resolve some societal problems in a disguised form.

It is to change the behavioral aspect of the community as a whole rather than to make giant sales. The approach that is used by such types of advertisement is to make such action plans, which forces people to think about various societal issues.

These plans are designed in such a way that they inspire people and motivate them to think about those issues that may be environmental, health, or human rights. Ads made by non-profit organizations for the people’s sake. They accommodate the issues that are in the public interest rather than their own, such as the advertisement for the donation for blind people by LBRT to remove the shadow of darkness from their memories and to brighten up their lives.

Public service advertisements involve the collective interest of a community and are concerned to spread the awareness for a purpose that is broadcast without any charge by the government for the promotion of some state programs or other social agendas.

These kinds of advertisements can be broadcast by using any media source such as print, electronic (television or by sending mail), or billboards. These ads can be made on-air in any form to stimulate the minds of the general public.

The public service messages are economical and inexpensive, but the procedures and instructions for such kind of campaigns are the same as for paid media. But the target of such kinds of ads is the whole community, so you have to maintain the reliability of the ad. For launching PSA you have to consider:-

Instead of being boring kinds of ads, make them interested and eye-catching, so that they can lead the minds of the overall society and can bring a change by educating the society. The area that can be covered under such campaigns include:-

The dilemma with the PSA

A big eye-catching problem with the public service advertisement is usually the broadcasting time and space of other paid commercials. Usually, we observe a contradiction among them and found placed very next to each other and people start mingling them.

At this, it’s become hard for the general public to decide, which aid is beneficial for them. So the PSA’s must be designed in such an effective way that they can approach and click the mind of the general community very easily to make the society free of unhealthy acts.