Types of Feasibility Study: Feasibility Analysis is an analytical program through which project manager determines the project success ratio and through feasibility study project manager is able to see either project will useful for us or not and how much time, it will take to get completed. 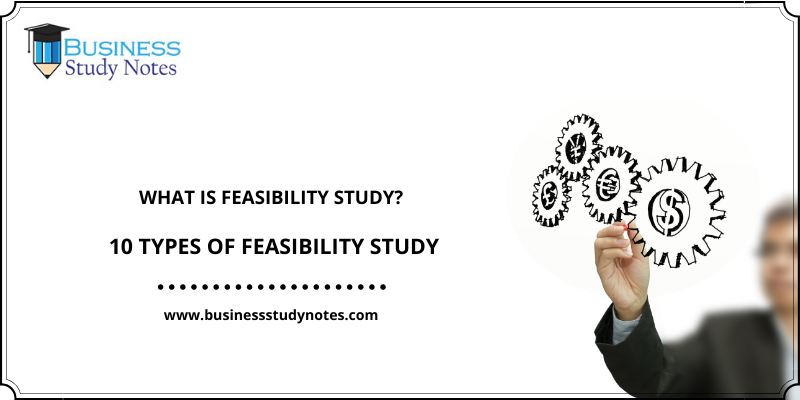 Also, a feasibility study allows the project manager to determine all the positive and negative points of the project.

In certain examples especially when projects are in third world countries, technology transfer between cultures and geographical areas should be analyzed. By doing so productivity gain (or loss) and other implications are understood due to the differences in fuel availability, geography, topography, infrastructure support, and other problems.

Managerial feasibility is ascertained by certain key elements like employee involvement, demonstrated management availability & capability, and commitment. The managerial and organizational structure of the project is addressed by this feasibility which ensures that the proponent’s structure mentioned in the submittal is feasible to the kind of operation undertaken.

The compatibility of the proposed project with the cultural environment of the project is included in the cultural feasibility. Planned operations should be integrated with the local cultural beliefs and practices in labor-intensive projects. For example, what a person is willing to perform or not perform is influenced by his religious beliefs.

The effect that a proposed project may have on the social system in the project environment is addressed in the social feasibility. It may happen that a particular category of employees may be short or not available as a result of ambient social structure.

The influence on the social status of the participants by the project should be evaluated in order to guarantee compatibility. It must be identified that employees in particular industries may have specific status symbols within the society.

Another important aspect that must be considered in project planning is safety feasibility. Safety feasibility involves the analysis of the project in order to ascertain its capacity to implement & operate safely with the least unfavorable effects on the environment. Mostly in complex projects, environmental impact assessment is not properly addressed.

The directions for the proposed project are mostly dictated by political considerations. This is certainly correct for large projects with potential visibility that may have important political implications and government inputs. For example, regardless of the merit of the project, the political necessity may be a source of assistance for a project.

The ability of the project to timely acquire the required permits, licenses, and approvals at a reasonable cost should also be included in this area.

Market feasibility must not be mixed up with economic feasibility. The potential influence of market demand, competitive activities, and available market share should be considered in the market feasibility analysis. During the start-up, ramp-up, and commercial start-up phases of the project, possible competitive activities (local, regional, national and international) should be analyzed for early contingency funding and impacts on the operating costs.